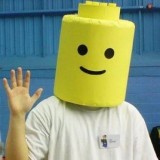 We are a group of educators and researchers exploring the development of tools that make parallel programming more accessible to people. Our hope is that concurrency.cc will serve the community of developers surrounding parallel and concurrent languages on the Arduino and other low-cost embedded platforms. We have a book and a software package that is aimed at people interested in exploring concurrency on the Arduino using a natively parallel programming language: occam-pi. More information can be found on our website at http://concurrency.cc

The concurrency.cc Board was developed to support our explorations of concurrent and parallel programming on small devices. It is based on the original Arduino (Duemilanove) design but it differs from it in a few ways:

Please get in touch if you have any comments/questions.

This project is © The concurrency.cc Team, and is published under the terms of the Creative Commons Attribution-ShareAlike 2.5 Generic licence.